Included below are homes for sale in Brandon. If you would like more information on any of these Brandon real estate listings, just click the "Request More Information" button when viewing the details of that property. We can provide you with disclosures, past sales history, dates and prices of homes recently sold nearby, and more.

And, if you haven't already, be sure to register for a free account so that you can receive email alerts whenever new Brandon listings come on the market.

Even though it's unincorporated, Brandon does have its own post office and address. Residents that live within the city limits are considered to be part of the Brandon Florida area. It's one of the fastest-growing areas in the Tampa Bay Metro region with a population anywhere from 105,000 to 120,000. 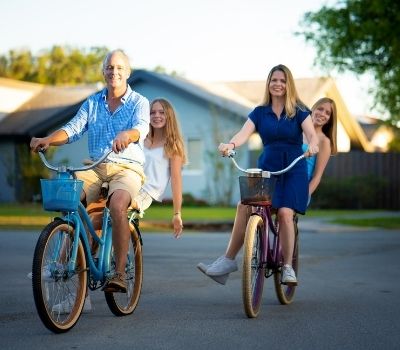 Branding got its start back in 1857 when John Brandon arrived at the now Tampa area from Mississippi. They settled and purchased 40 acres in the New Hope area, which is now the Brandon area, and 160 acres later on naming the land 'Brandon'. In 1890, the Florida Central and Peninsula Railroad came through the area encouraging more people of New Hope to build a depot in the area. This brought more settlers to the Brandon area and over the 20th century, Brandon has grown in spurts with the first school being built in 1905, churches and markets in 1915 through 1930, and by 1914, the community needed a large central schoolhouse for all the area students. The first Brandon census was taken in 1922 when the population was just 100 residents. Since then, it has definitely grown over the years to feature over 100,000 residents throughout Brandon.

During World War II, Brandon's growth stalled but the city had a definite edge being able to grow a lot of the food in the area. After the war, new businesses began to open including a drugstore and soda fountain, which became the popular hang out in the 1950s. In 1959, the Brandon Chamber of Commerce was formed to help promote business and growth and even though Brandon's population was just around 8000 in 1960, more families were moving in every day. Brandon Center was built as well as multiple elementary schools, the Brandon Swim and Tennis Club opened in 1961, and by the 1970s, growth is causing traffic congestion as approximately 430 new commercial and service businesses as well as 3 malls had opened all within about a 15-year time span.

In the 1970s, the Hillsboro Community College moved to Brandon exploding the population even more and by the 1980s, Brandon took off rapidly developing the southern end of the area with thousands of new residents, Interstate 75, which made its way through Brandon and by 1990, the population was nearly 60,000 residents.

Growth is definitely the earmark of the Brandon area. With shops, restaurants, malls, residential communities, and close proximity to the beach, St. Petersburg, and Tampa, it's easy to see why Brandon makes an ideal place to call home.

Students in Brandon are part of the Hillsborough County Public School system and features seven elementary schools, three middle schools, and the Brandon public high school, yes, the original one established in 1914 and the second high school created in Hillsboro County. There are seven private schools and three branches of colleges including the Hillsborough Community College with over 12,000 students, the Southern Technical College operating a campus in Brandon, and the Emmaus Baptist College with its headquarters in Brandon.

Things to Do in Brandon 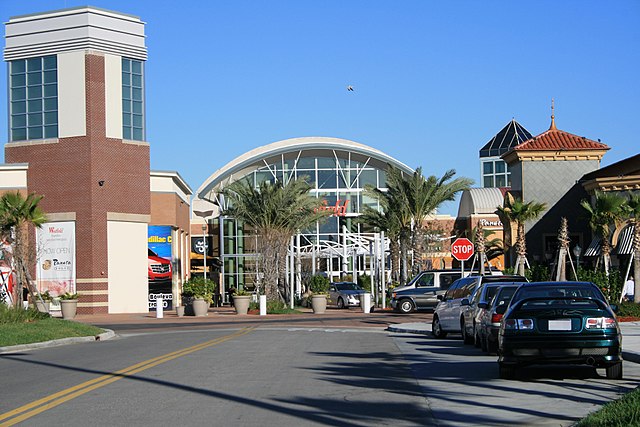 With its close proximity to downtown Tampa, Brandon combines a small-town charm with easy access to the big city. While there is plenty to do within Brandon itself, there's even more when you include the nearby beaches and attractions. Brandon is home to Westfield Shoppingtown, a popular 900,000 square-foot facility and the Tampa area's premier shopping destination.

One of the area's most notable events is the annual Brandon Balloon Classic. This two-day celebration held every April features over 50 hot air balloons from all over the country. It's definitely a sight to see.

Of course, Orlando is just 90 minutes away, which features Walt Disney World, Universal Studios, and Sea World Florida. The Busch Gardens in Tampa Bay and Florida international Museum in St. Petersburg are all national exhibits with the Florida aquarium, Holocaust Museum, the Museum of Science and Industry, the Tampa Museum of Art and Big Cat Rescue offers some of the most touristy destinations around.

Brandon also has a wide selection of places to eat such as Dave and Busters, a favorite place for families and kids of all ages. Other popular favorites include JF Kicks with hometown comfort food, O'Brien's Irish Pub or O'Toole's Irish Pub, compare the two and judge for yourself. The Mellow Mushroom makes some delicious homemade pizza and for a fancy dinner out check out Jo To Japanese Steakhouse. This is just a small sampling of the dozens of restaurants in Brandon. You can find all types of food from classic favorites to delicious homemade pasta, sushi, steaks and seafood, Mexican, fabulous pizza and island favorites at Bahama Breeze. Of course, you'll also find fast food options such as McDonald's and Starbucks.

Check out Trip101 for other Great Things to Do in Brandon

Why Live in Brandon?

Folks choose to live in Brandon primarily based on its location and affordability. Your set further away from the high-end, luxury communities along Tampa Bay, Hillsboro Bay and the waterfront offering a more affordable option, several subdivisions and newer homes. There's a wealth of parks nearby and you don't have to leave Brandon for most services and amenities yet you're no more than an hour or so free to some of the countries hottest and major attractions. With excellent schools, beautiful communities, and easy access from Highway 60 or Interstate 75, Brandon makes a perfect place to call home.

"Brandon is where I basically grew up, from High School to adulthood, its the 'city within a city' of Tampa. Just close enough to Downtown without being lost in the concrete jungle. I would say Brandon is mostly family oriented, with more than enough shopping, eateries and municipal than anyone could need. Every major chain as well as some of the best developed mom and pop places, you can find it all. The main strip, Highway 60 AKA Brandon Blvd AKA Adamo Drive, is easy to traverse from East to West and vice versa, within a 20 minute span of time. Give or take on the time of day! It also leads directly into the heart of Tampa Bay or go further into Clearwater or St. Pete!

If you are looking for a well established place to start a family, or retire to, this would be it. Though it has been established for quite awhile, it has grown by leaps and bounds over the past 30 years. Definitely not behind the times! There is also plenty of access to what the general Tampa area has to offer." - Niche.com

Homes for Sale in Brandon

property in Brandon starts at about $120,000 with the median home price of $212,000. However, you'll find condominiums and townhouses, multifamily properties and apartments for around $89,000-$400,000 and single-family homes starting at about $220,000 on up. There's a variety of styles, designs, ages, and architectural layouts available. Browse all homes for sale in Brandon Florida above or simply contact our office at any time to schedule a showing. We only help buyers and we are Buyers Broker of Florida and would love to help you find the perfect home in Brandon or any surrounding home or community in the Tampa Bay area.

Images by By FightingRaven531 (talk) - Own work, Public Domain, https://commons.wikimedia.org/w/index.php?curid=61051375