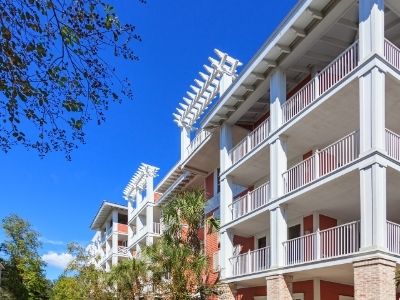 Included below are homes for sale in Channel District. If you would like more information on any of these Channel District real estate listings, just click the "Request More Information" button when viewing the details of that property. We can provide you with disclosures, past sales history, dates and prices of homes recently sold nearby, and more.

And, if you haven't already, be sure to register for a free account so that you can receive email alerts whenever new Channel District listings come on the market.

Channel District is most notable for being the home of the Port of Tampa, which is the state of Florida's largest seaport. It is the major hub for cruise ships to dock to and from destinations including Mexico and the Caribbean.

Channel District offers a place to live and play as well as a fun trolly transportation system to get to other neighboring hotspots in the downtown Tampa area.

Things to Do in Channel District

For those who love to know the stories that have come before them making the place they call home what it is , Tampa Bay History Center is a wealth of knowledge highlighting 12,000 years of Florida history. It is a three-floor Smithsonian Affiliate Museum.

Located at Sparkman Warf Splitsville is the place for bowling in Tampa. This giant bowling center is beloved by avid bowlers, recreational bowlers, and even those that would rather just observe. Splitsville is a well-known chain of bowling allies, but the original is found in Tampa. In addition to traditional bowling Splitsville offers lawn and feather bowling, ping pong, billiards, foosball, darts, shuffleboard and some of the best food in the south. Come enjoy food created by the famous Chef Art Smith.