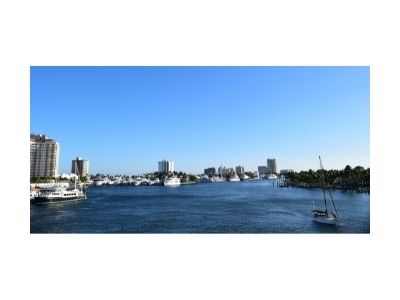 Included below are  Intracoastal Waterway homes for sale in the Tampa area. If you would like more information on any of these Intracoastal Waterway real estate listings, just click the "Request More Information" button when viewing the details of that property. We can provide you with disclosures, past sales history, dates and prices of homes recently sold nearby, and more.

And, if you haven't already, be sure to register for a free account so that you can receive email alerts whenever new Intracoastal Waterway listings come on the market.

This amazing but slightly dated home is situated in Three Palms a highly sought after community located on...

$2,300,000
Neighborhood: Moorings Of Sand Key The
214 Sand Key Estates Dr
Clearwater, FL 33767
4
Beds
4
Baths
2,782
Sq.Ft.
1994
Year Built
3
Days on Site
U8187789
MLS
Rare opportunity to find an elevated luxury waterfront home that has been completely gutted and beautifully remodeled with full open water views of the Intracoastal. This stunning home has it all...

More About Intracoastal Waterway Homes in the Tampa Area

There are several inland bodies of water all through the state of Florida. Including several different areas of intracoastal waterway. Some of the most famous and highly sought after intracoastal waterways are located in the Tampa area. One of the largest is about 3,000 miles long stretching from Boston to Key West and another section that stretches from Brownsville Texas down through the gulf coast and down to Miami, of which part runs through the Tampa Bay area.

The intracoastal waterways of Florida are highly sought after in Tampa for their calmer waters, more affordable waterfront properties, and ease of boating access to popular destinations around the state and beyond.

Often called the "Bay to Beach" destination, Clearwater is home to beautiful beaches, historical avenues, fantastic dining, and world-class shopping. But it's not just for tourists. Over 120,000 residents call Clearwater home and while it's been recognized as one of the top travel industry leaders, Clearwater still holds on to its old-world charm for its long-term residents and newcomers.

Bordered by the Intercoastal Waterway on the east and the Gulf of Mexico on the west, Indian Shores are beloved communities for locals and visitors alike. With lots of beach access parking, white sandy beaches, and locally-owned shops and restaurants, Indian Shores welcomes families, retirees, young professionals, and anyone looking for a life on the beach.

Ruskin is a suburban town of Tampa located on the Little Manatee River near Tampa Bay's south shore. It is a quiet small town with beautiful beaches and riverfront properties. Ruskin provides its residents with a place to retreat from the hustle of Tampa, but still be very close by.

Bradenton Beach is one of three towns located on the unmatchable stunning Anna Maria Island. The island is located on the southern end of the Tampa Bay and is surrounded by both the Gulf of Mexico/Atlantic Ocean and the waters of Tampa Bay.

Bradenton Beach is the town on the southern portion of Anna Maria Island. Bradenton Beach is a small town with the island lifestyle you would expect to see on a large oasis in the Caribbean yet it is just minutes from the mainland. It is known for its amazing fishing piers, sugar-sand beaches with vibrant blue waters, and a fun downtown core.

Treasure Island is a town located on a beautiful barrier island just off the west coast of mainland Pinellas County. It is part of the St. Petersburg-Clearwater metro area. The town of Treasure Island got its name from an early hotel owner that buried two wooden chests in the white sands of the beach and later "discovered" buried treasure. Today it is one of the most amazing places to live for those that want to be right on the water in Florida.

For more information on finding an intracoastal waterway home in the Tampa area on calmer waters with easy access to popular Florida boating destinations, or other Tampa area real estate please contact us any time using the form below.