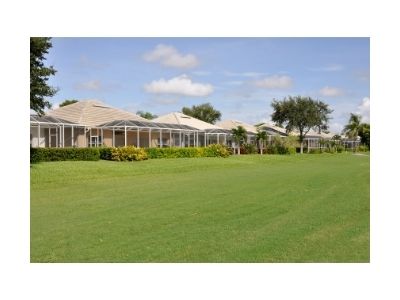 Included below are one story homes for sale in the Tampa area. If you would like more information on any of these one story home real estate listings, just click the "Request More Information" button when viewing the details of that property. We can provide you with disclosures, past sales history, dates and prices of homes recently sold nearby, and more.

And, if you haven't already, be sure to register for a free account so that you can receive email alerts whenever new one story home listings come on the market.

Read More on One Story Homes Around Tampa Here

One Story Homes in the Greater Tampa Area

Single-story homes are in high demand in the Tampa area. In many areas single-family homes can sell for more money than two-story homes. It is said that the majority of single level homes are purchased by people reaching or in retirement, but single-level homes are in demand with all home-buyer age groups from young families looking for starter homes to those looking for an easy-to-care-for retirement home.

Single-level single-family homes first became popular in the 1950s and 1960s. They were the most common type of home found in the suburbs, they were economical to build and in high demand with most home buyers at the time as several young families were looking for affordable homes following the second World War. In the year 1959, about nine out of ten homes built in the country were single-story ranch style homes. They became an appealing alternative to the traditional Colonial and Craftsman style homes that were widely available at the time. Today they are growing in popularity for several reasons.

Single-story homes can be a forever home to age in place. According to a survey conducted by the National Association of Home Builders, 80 percent of buyers from the Baby Boomer generation and 53 percent of Gen X buyers said they would perefer living in a single-story home. They stated the reason being that they would not have to worry about navigating the stairs as mobility with aging decreases. Parents of young children also like not having to worry about their child falling down the stairs.

Many single-level homes include spacious open floor plans. They make great use of space and seem much more spacious than their two-story counterparts, as space is not broken up. They bring that modern open airy vibe with long and large sightlines that makes a space feel modern and large.

In additon to feeling more spacious and being easier to move around in, single-story homes seem to bring the outdoors in. Sight lines out of windows seem to blend seemlessly with the landscape and many easily combine indoor and outdoor space to feel like it is one continuous room. Bringing the outdoors in is a major draw to single family homes, especially when the outdoors is so beautiful here in Tampa.

For more information on available one story single family homes in Tampa and surrounding areas, or other Tampa area real estate please contact us any time using the form below.