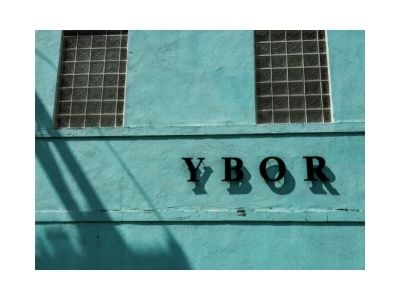 Included below are homes for sale in Historic Ybor City. If you would like more information on any of these Historic Ybor City. real estate listings, just click the "Request More Information" button when viewing the details of that property. We can provide you with disclosures, past sales history, dates and prices of homes recently sold nearby, and more.

And, if you haven't already, be sure to register for a free account so that you can receive email alerts whenever new Historic Ybor City. listings come on the market.

Historic Ybor City is a very popular Tampa neighborhood located just north east of downtown. It is the only neighborhood on the west coast of Florida to be designated as a national historic landmark district. The district is best known for its amazing historic homes and trendy downtown area vibes. Ybor City is a neighborhood of rich latin history and some say the neighborhood wears two hats one for the daytime with a bustling shopping and restaurant core and one in the nighttime with a high spirited playground night clubs and bars.

Things to Do In and Near Ybor City

The popular main commercial thorough fare on seventh Avenue has been recognized as one of the 10 great streets in America. It is a fun collection of local shops stores and varying culture. Some of the favorite spots along seventh Avenue include Columbia restaurant, Snow bocce handcrafted ice cream, La Terraza restaurant, bore city State Museum, Tampa Bay room company, and TECO line street car system.

A park with a pond and a walking path surrounding it. The park features a recreation center, ball fields, play courts, playgrounds, trails, and picnic areas.

A 10.75 acres park in the north end of the neighborhood with a community center, playground, and picnic areas. s

This neighborhood is very close to the downtown area of Tampa. Downtown Tampa offers several things to do including shops, entertainment venues, and restaurants. Some of the most popular downtown Tampa activities include:

There is a great collection of homes in Ybor City especially the historic bungalow homes that the neighborhood is so popular and well-known four. Many of the homes have great mature tree covered lots and are located on quiet streets with sidewalks. This is a great place to find a unique home within walking distance from some of the city's best local businesses. Of course there are some multi family units in the area as well. Homes in the Ybor City neighborhood range in price from the high $100,000s to the mid $500,000s.

For more information on homes for sale in Ybor City neighborhood or other Tampa area real estate please contact us anytime using the form below.