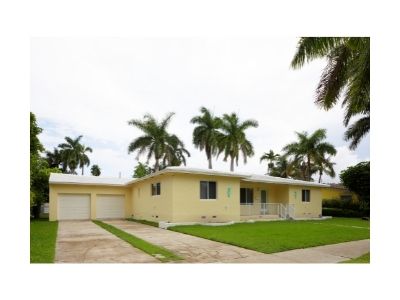 Included below are homes for sale in Indian Rocks. If you would like more information on any of these Indian Rocks real estate listings, just click the "Request More Information" button when viewing the details of that property. We can provide you with disclosures, past sales history, dates and prices of homes recently sold nearby, and more.

And, if you haven't already, be sure to register for a free account so that you can receive email alerts whenever new Indian Rocks listings come on the market.

More About the Indian Rocks Neighborhood in Largo

Largo Florida is the third largest city in Pinellas County in the St. Petersburg-Clearwater metro area and is part of the greater Tampa Bay area. Large was first settled as a farming community and became a large citrus packing and canning center earning the name of "Citrus City." The city of Largo saw a population and industry boom after the second World War and today it is a bedroom community of Tampa.

This park is 150 acres centered on a lake with beautiful scenery and several trails, picnic tables, and a disc golf course.

One of the most popular biking spots in the area. The trail is 50 miles and runs near the neighborhood. The Trail runs from St. Petersburg to Tarpon Springs with plans to extend the trail into a 75 mile loop. It is also great for jogging, walking, skating, etc.

The famous Clearwater Beach is a short drive from the town of  Largo Florida. Here you will find plenty of great activities including the famous aquarium that is home to Winter the dolphin from the popular movie Dolphin Tale.

Largo is just a 30 minute drive to the city of Tampa and the downtown area is full of great things to do including:

One of the best restaurant scenes in the city of Tampa Florida is the Sparkman Wharf. Whatever you are in the mood for you can find it at Sparkman Wharf on Water Street in the Channel District. Many locals love to leisurely stroll through with their furry friends enjoying the waterfront, live music, amazing food and craft beers/favorite local drinks. It is right next to the giant Port of Tampa launching boat of several cruise ships and home to many boats and luxury yachts.

Schiller International University is located in Large and many college students settle into the Indian Rocks area of Largo.

Real estate in the Indian Rock neighborhood is predominately made up of small and medium sized single-family homes. Many of the homes in the area were built between the years of 1970 and 1999, there are also some historical properties in the neighborhood built around 1940. Many home floorplans offer two and three bedrooms layouts with large open living spaces and spacious master suites. Many properties in Indian Rocks feature private pools and views of the water and the Indian Rocks Beach barrier island. Home prices in Indian Rocks range from the mid $100,000s to $8 million.

For more information on homes for sale in Indian Rocks Largo, Florida and other Tampa area real estate please contact us any time using the form below.

The Magnolia Group Of Florida
Sold