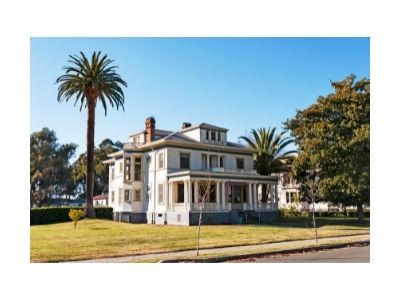 Included below are homes for sale in Port of Tampa City. If you would like more information on any of these Port of Tampa City real estate listings, just click the "Request More Information" button when viewing the details of that property. We can provide you with disclosures, past sales history, dates and prices of homes recently sold nearby, and more.

And, if you haven't already, be sure to register for a free account so that you can receive email alerts whenever new Port of Tampa City listings come on the market.

More About Port of Tampa City

Port of Tampa City or Port Tampa City (not to be confused with Port Tampa Bay in downtown) is a neighborhood right on the water on the southwestern border of the the city of Tampa. This portion of Tampa offers residents a chance to live on or near the water with larger yards and  a quieter suburban atmosphere and great views of the bay and St. Pete skyline, while still being just 20 minutes from downtown Tampa and 40 minutes from the gulf coast beaches of beautiful St. Pete. A little known but fun fact, Hulk Hogan grew up in this neighborhood.

The neighborhood is full of rich history and was once the scene of a thriving port and its own town in the late 1800's and early 1900s before the city of Tampa took it over and moved the port to the downtown area. Today it is an improving and increasingly popular waterfront neighborhood and some of the beautiful original historic homes still stand today.

Things to Do in and Near Port of Tampa City

Picnic Island Park is considered one of Tampa's hidden gems as it gives access to bay beaches without being crowded. There is a playground, plenty of beach front, a sand volleyball court, disc golf course, boat ramp, and dog beach area.

A place for all things community centered including fitness classes to get residents involved in activities that help them to get to know people in their community.

There are many great historic sites in the neighborhood, some are marked, and some just sit as mysterious old buildings that are boarded up.

The Port Tampa Library is a gorgeous building and perhaps the second most identifying factor of the neighborhood behind the port. In 1926 is was built to be the First Bank of Port Tampa, after the stock market crash of 1929 it closed up and sat empty until the 1990s when it became a library.

A park that helps to tell one of the biggest historical stories of the neighborhood and allows residents to enjoy the outdoors. Port of Tampa was once THE area were soldiers in Florida came to get on a ship headed for Cuba to fight in the war.

Another structure that sits in Port of Tampa telling a sotry of the past, the building has been in the neighborhood since 1909.

The bridge to St. Pete can be accessed via W Gandy Blvd which is just a few minutes north of the neighborhood should you decide to visit an ocean beach via car you can hop on the bridge over to the gulf coast beaches in St. Pete in addition to the many great restaurants and shopping venues in St. Pete. Of course this neighborhood also gives access to the bay and Gulf of Mexico via the water.

The homes in this neighborhood are very diverse and interesting allowing for great character and several choice options. Of course there are the glamorous historic homes on large lots that hold some of Tampa's best history including a home where Teddy Roosevelt once stayed. There are also many great new construction homes in the area as it has become increasingly popular to live in the Port of Tampa City neighborhood. Homes prices in Port of Tampa City range from the $300,000s to just under $700,000.

For more information on homes for sale in Port of Tampa City or other south Tampa area real estate please contact us any time using the form below.