Included below are homes for sale in Sarasota. If you would like more information on any of these Sarasota real estate listings, just click the "Request More Information" button when viewing the details of that property. We can provide you with disclosures, past sales history, dates and prices of homes recently sold nearby, and more.

And, if you haven't already, be sure to register for a free account so that you can receive email alerts whenever new Sarasota listings come on the market. 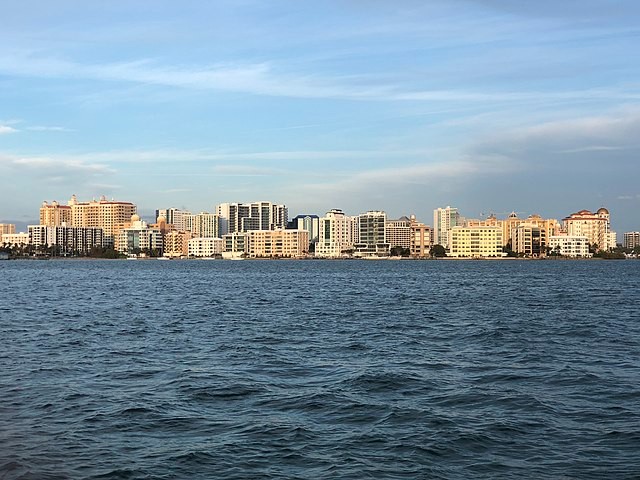 Sarasota is a city in Sarasota County on the southwestern coast of the state of Florida. It's known for its beautiful beaches, fabulous amenities and resorts. The Sarasota city limits area actually contains several keys including Lido Key, St. Armand's Key, Otter Key, Casey Key, Coon Key, Bird Key, and several portions of Siesta Key. Longboat Key is one of the largest keys that separate the bay from the Gulf of Mexico and was evenly divided by a new County line back in 1921. Part of the key that is parallel to Sarasota extends along the County line to the bayfront of the mainland. Over the years, the city limits of Sarasota have expanded significantly, especially with the boom of real estate in the early 20th century. The expanse reached almost 70 mi.² however, with the crash in the 1920s, the city limits actually began to contract, shrinking to less than 1/4 of that area. Today, Sarasota has a total area of about 26 mi.², 15 mi.² of that being land. The town was incorporated in 1902.

Should I Move to Sarasota?

While there are a lot of beautiful places to call home in Florida, Sarasota offers the best of just about every world. From beautiful beaches and resorts to fantastic entertainment, a vibrant cultural and performing arts scene, and you're so close to multiple bodies of water and activities and entertainment. This small booming city on the West Coast of Florida is just 60 miles south of Tampa and it's known for Siesta Key Beach as well as all of the fantastic keys, beaches, and resorts around Sarasota County. It's received multiple awards as one of the best places to retire in the country in 2021 by US News & World Report, it's been named one of the best multigenerational communities, Siesta Key Beach has been named #1 beach in the USA by TripAdvisor with multiple other accolades as top beaches, top hospitals in the country and one of the most desirable places to live. Sarasota has also been named one of the most affordable honeymoon spots in the US by Livability.com.

But you don't have to be a retiree to enjoy Sarasota even though it is one of the best places to retire in the country. It won this award based on a variety of factors including happy local residents, affordability, low tax rates, and access to quality healthcare. We also have no state income tax, and while that goes for the entire state, multiple other benefits make Sarasota one of the best cities in the state.

Is it Expensive to Live in Sarasota?

Sarasota has a strong job and employment market. Its unemployment is less than 4% with the top sectors in hospitality, healthcare, education, and professional services. Tourism contributes significantly to the economy of Sarasota and there are some major companies based out of Sarasota including Boars Head Provision Company, Sarasota Memorial Hospital, Roper Technologies and APAC Customer Services just to name a few.

Sarasota is served by the Sarasota County Public School district and operates 15 elementary schools, five middle schools, and for high schools with the Sarasota Military Academy and Oak Park school as well. It's home to a boating school called Flint School as well as private education such as Sarasota Christian and Classical Academy of Sarasota. For higher education options, Sarasota is home to New College of Florida, a public liberal arts college and an honors college for the State University System of Florida.

"My name is Jayla King. I went to Booker High all four of my high school years and I've had quite a journey. I am now a senior graduating in 2019. Booker High School offers; VPA, many clubs, and a successful life. The teachers are outstanding and go out of their way to make sure the students are college and career ready. Booker High School also has high security which makes students feel safe. Sarasota County Schools are great!"

"Kindergarten Prep now has gone beyond VPK and has added an excellent STEM program for their Kindergarten and First Graders. Their teachers go above and beyond by helping every child succeed and challenges them to further their knowledge by using hands-on science, technology, engineering and math programs. Their Kindergarten and 1st Grade, "Knowledge Is Power" gifted classes provides a great foundation for children that need a more stimulating atmosphere. I feel my child is graduating with great confidence in every aspect of her education." - Niche.com

Best Things to Do in Sarasota 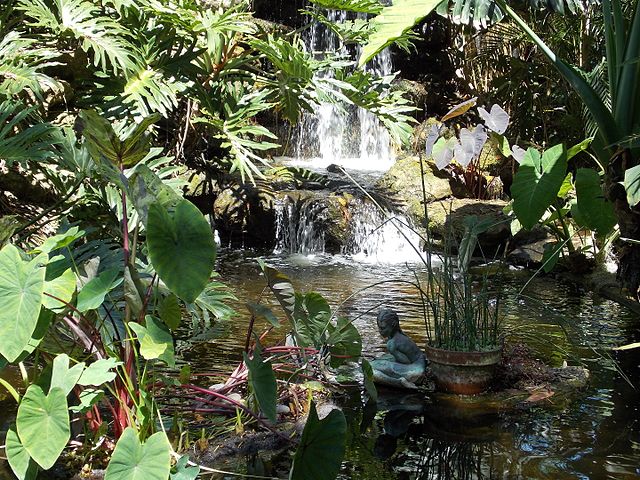 Not only is Sarasota known for its wonderful beaches but it offers a variety of other activities, events, festivals, and things to see and experience throughout the area. Sarasota is home to Myakka River State Park, one of Florida's oldest and most scenic parks. It encompasses 37,000 acres of shady, moss-covered oak trees, wetlands, and prairies with beautiful walking trails and a treetop canopy walk. Whether you're just strolling through the forest or taking an airboat ride on the river, it's definitely worth the trip.

Sarasota is known for many historical landmarks and architecture. It's home to the Sarasota School of Architecture developed as a variant of mid-century modernist architecture and incorporates elements of both the Frank Lloyd Wright organic architecture and Bauhaus design. There are multiple historical sites and buildings such as the Sarasota County Courthouse, the John and Mable Ringling Museum, the Circus Museum, the Bidwell Wood House built in 1880 to 1 of the earliest documented buildings in the area, the Crocker Memorial Church built in 1901, historic Spanish Point, a 30-acre historical site offering a window to the past, the Sarasota Opera house, and Ca'd'Zan, former home of John and Mable Ringling built in 1926. This extravagant five-story, 36,000 square-foot home is truly a sight to behold.

Visit the flamingos at Sarasota's Jungle Gardens, a unique attraction for over 75 years with native and exotic animals and of course, our favorite pink flamingos. From camping to fishing, beachcombing on Turtle Beach, or taking a cruise along the Gulf of Mexico shoreline, this is a beautiful place to explore and experience classic Florida.

Sarasota is home to about 56,000 residents with a median age of about 46 years old and a median household income of about $45,000. Retirees account for about one-third of the population and throughout the Sarasota, Manatee, and Charlotte County area there is roughly 600,000 residents, the seventh-largest and third fastest-growing market in Florida.

Right now, a lot of folks are moving into the Florida area from around the country making it one of the hottest markets in the US. The median sale price is about $350,000 with beautiful oceanfront homes along Indian Beach and the Rosemary District or out on the key such as City Island, Ledo Shore, and Lido Key. Single-family homes in subdivisions and suburbs inland start at about $190,000 up to $650,000. At any given time there are about 900 properties for sale throughout the Sarasota city limits area and hundreds more throughout the county.

For more information on homes for sale in Sarasota Florida, browse active listings above or contact us below to learn more about the area or to get a customized list of properties and Sarasota real estate that fit your search criteria and price.

Keller Williams On The Water
Sold